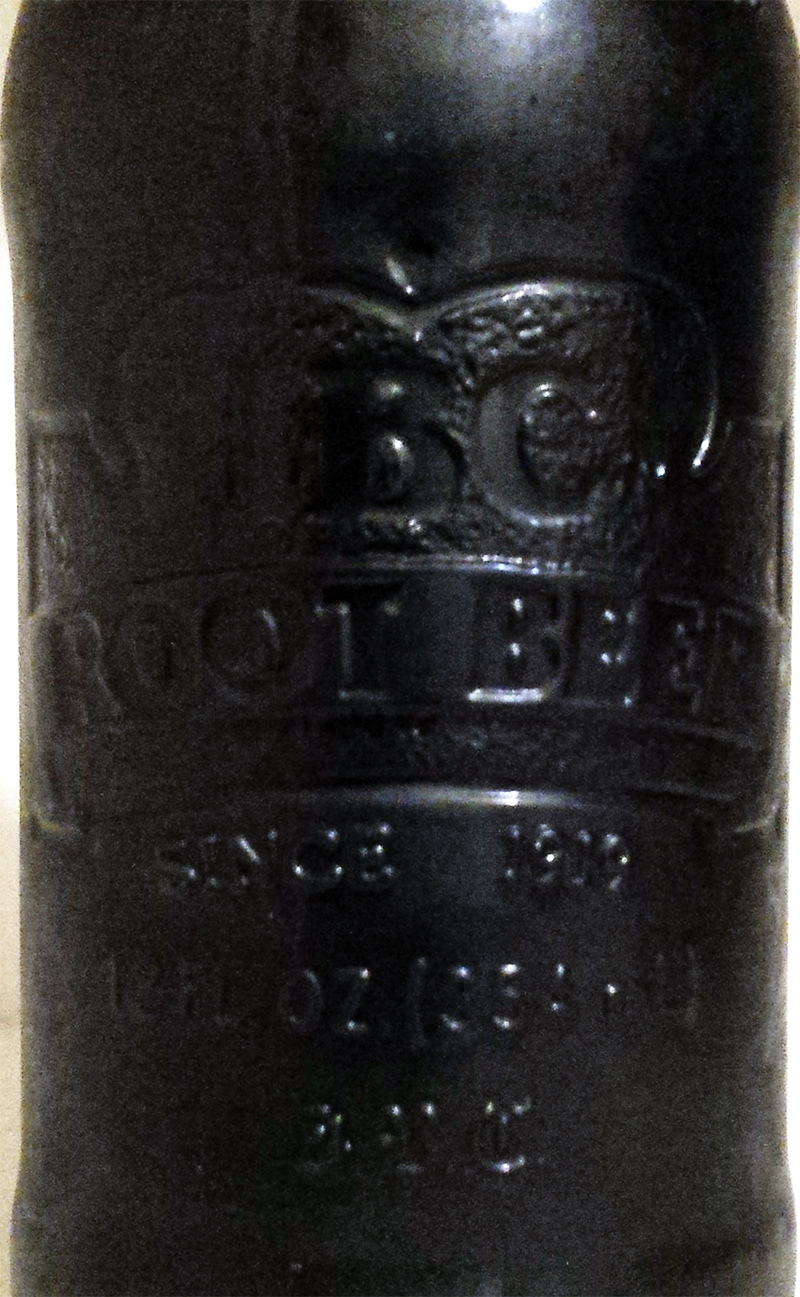 Apologies for the small break, but I hope to get started on a more productive schedule soon.

IBC is considered a classic brew. This is the type of root beer you see all over the place. Hopefully for good reason. Despite the fact that I’ve heard, and seen this one all over, I don’t think I’ve actually taken the time to really taste it. I certainly can’t remember if I’ve had it in the past. In either case, I’m excited to see whether it deserves to be sold everywhere. If this is an incredible brew, then I should be able to get it anywhere I go. That’s a plus!

IBC markets their brew in a most traditional sense. In fact, it almost looks like a real, old, alcoholic beverage. The bottle is the label, and by that I mean the IBC engravings, design, and so forth, is cast right out of glass. The only thing that isn’t part of this design is the attached bar code sticker. It’s a heavy bottle, too. Nutritional information, and everything else is part of the bottle cap. This is particularly interesting, and not something I’ve seen thus far. This design definitely nods to the classic root beer aesthetic.

The Independent Brewing Company appears to have formed sometime in 1919, making the originators almost one hundred years old. At some point IBC changed hands—well, they’ve changed hands a lot, and is currently under ownership by the Dr. Pepper Snapple Group. I’m a little wary if IBC has retained the flavor that made it so popular, or if it’s gone the way that most pop has in the past forty-five years.

Where do I even begin? This will be the first time trying high fructose corn syrup in a bottled root beer, and on top of that I’m faced with the dreaded natural and artificial flavors. I’m not even sure what to say. I’m definitely not happy. Any and all hopes I had going into IBC are significantly affected by these biases. I sincerely dislike high fructose corn syrup as a sweetener replacement.

This brew is packed with carbonation. So much so that I’m having trouble getting a real, in-depth “first taste.” It’s certainly frothy. The flavor is fairly weak, but there’s definitely an underlying root beer essence. IBC isn’t overly bitter, nor is it overly sweet. In fact, it’s pretty average. I would even go so far as to say that it tastes watered down. This is probably, so far, the most disappointing bottled root beer that I’ve had. Hell, I really disliked Sky Valley but at least they put some damn passion into it.

I suppose one of the benefits to IBC is that after forty minutes it’s still packed with carbonation. Unfortunately the flavor hasn’t really improved. I’m noticing that it’s far more bitter than it is sweet, though. After time, I have begun to realize just how much this particular brew sticks to my teeth and lingers. It’s certainly not the flavor; there’s barely any after taste. It may not be as syrupy as I expected given the HFCS, but I’m not impressed that it seems to stay with me after a good swish of water.

I think Sky Valley is actually better than this brew, and I am actually a little surprised by that. I didn’t think that a bottled root beer could be so… unimpressive, but it is. IBC is bland. Bland and boring. I’m really disappointed, and there’s not much else to say on that.