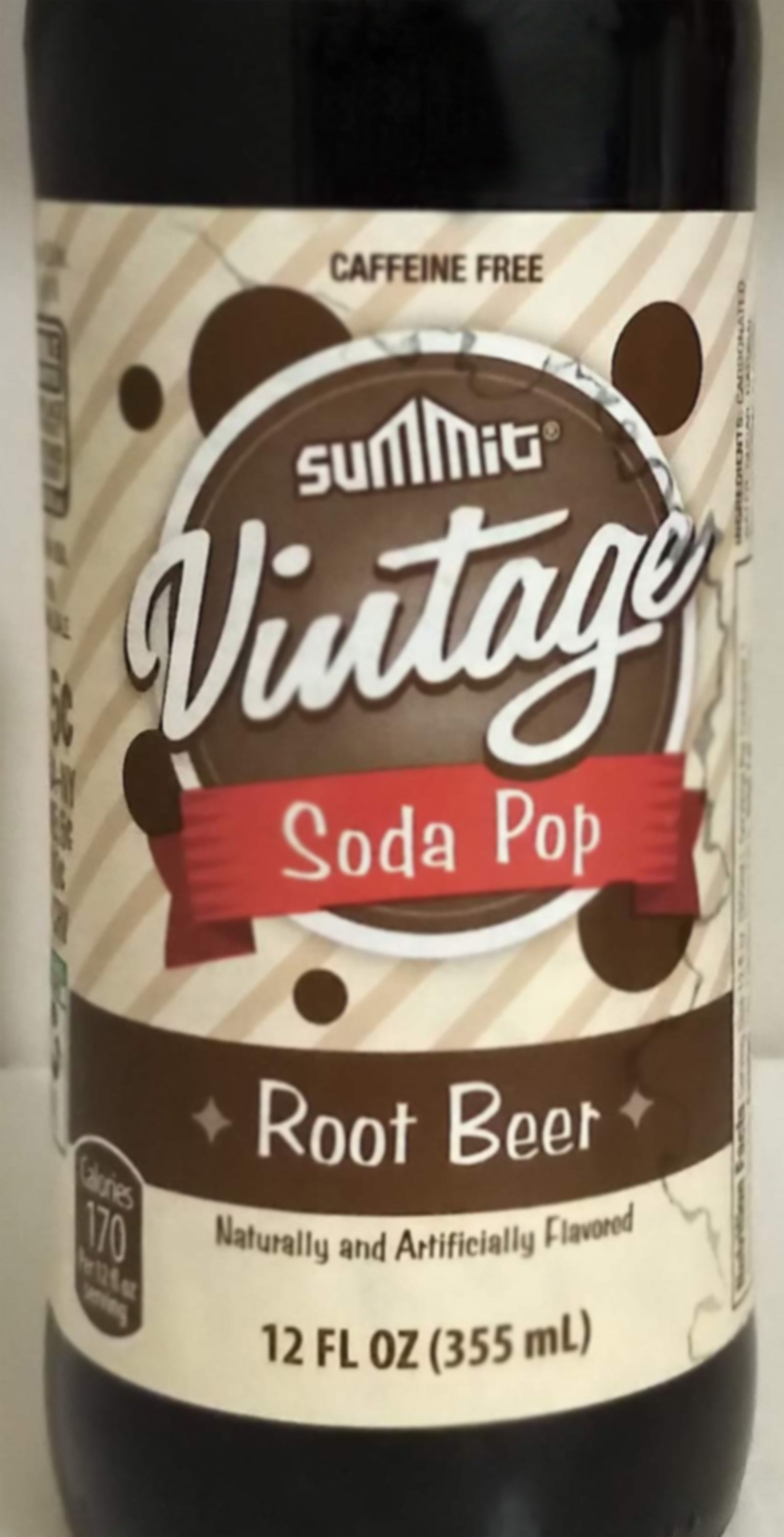 I came across Summit Vintage at an ALDI, which has become fairly popular in the United States over the past decade. Make no mistake, this is a store brand. But the reason why I’m reviewing Summit Vintage is because it comes in a bottle. Most store brands do not, or at least, I haven’t seen very many. I’m hoping it’s not like Kroger’s Big K.

The bottle is fairly plain, if not a little boring. The font, styling, and design, is very 60s. The white and brown coloring seems to suggest a creamy experience. Maybe that’s true?

Who knows what mysteries exist in the background to Summit Vintage Root Beer. Certainly not me! I imagine it’s just a concoction to compete in the United States.

There’s nothing important to say here other than what else could I expect?

Unscrewing Summit Vintage left me with quite a strong hiss and noticeable release of pressure. The smell is somewhat bleak, bitter, and reduced. On first taste, as I anticipated after the intense pressure release, the carbonation is incredibly strong. It’s literally the only thing I could experience when I first took a sip. My eyes watered.

After a few more sips, the flavor does become apparent. It’s sweet. I mean: overwhelmingly so. Summit Vintage is very subtle in its root beer flavor, but it is fairly traditional and unobjectionable. It’s not very creamy, somewhat bitter, and there is some mint lurking in the background. Overall, it’s got most of what you might expect. I feel like, though, at this point, it’s closer to sugar water than root beer. The flavor is just too displaced.

Over time, the reduction in carbonation makes it easier to discern flavors. This brew seriously benefits from breathing. I now notice that it’s got spiciness to it that lingers, and I’ve started to notice the mint stick around, but it’s not very refreshing. It’s honestly not a bad combination. The aftertaste is muted, like the brew, which is nice, I suppose. The sugar is so intense; however, that it leaves a film inside of my mouth. Water is just no match. The overall flavor though, is really still too muted for me.

With creamier root beers, there is a reduction in the overall traditional root beer flavor, but the overall flavor itself is still highly apparent. This is not the case with Summit Vintage. It’s OK. I mean, it’s not great, and barely good, but it’s better than most store brands I’ve come across. If you like muted, mildly spicy brews that are oozing sugar, this is a solid option. It’s just not the one I’m looking for. That being said, depending on my options, I wouldn’t turn this down. I think I’d rather have a tall glass of water though. I think that if this root beer could just lift its flavor and reduce its overwhelming sugary mouthfeel, then it would really make a run for the next tier.