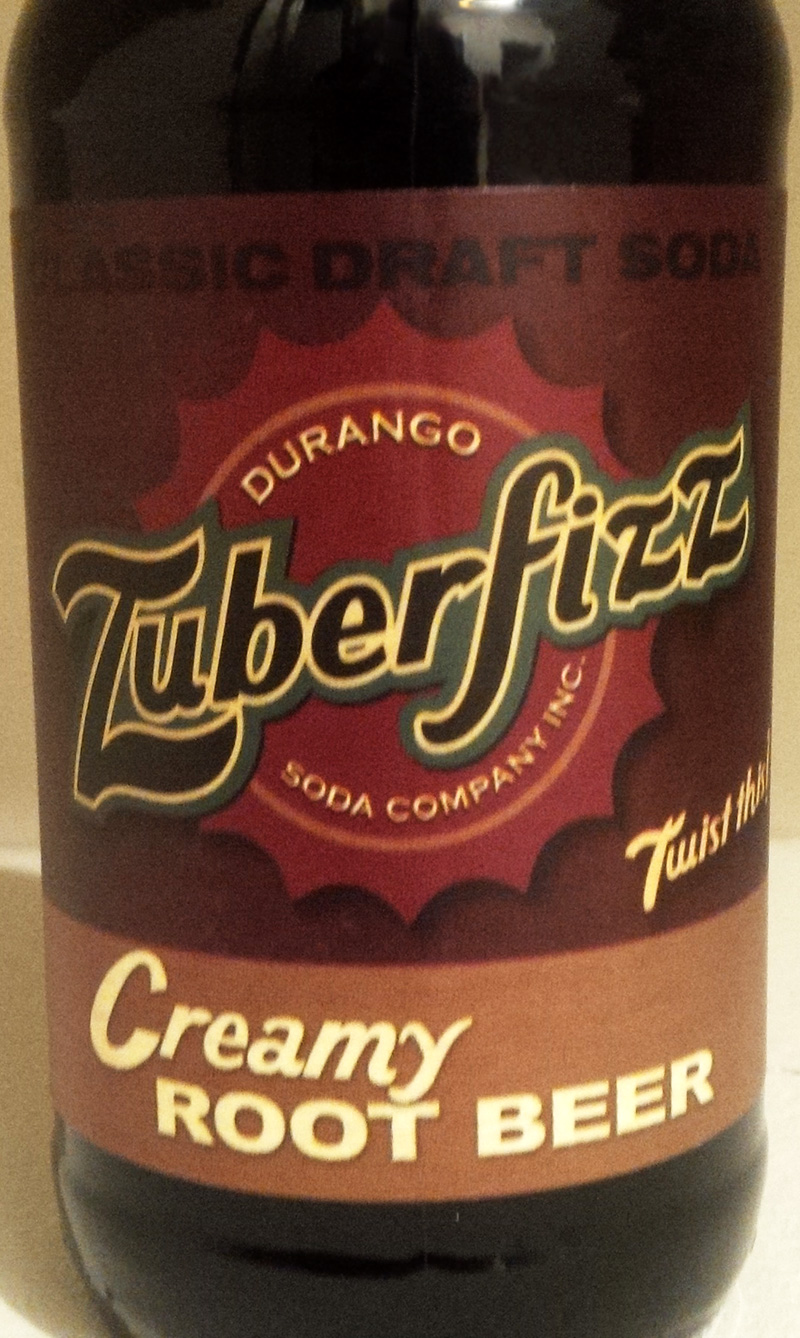 A creamy root beer? That’s a curious way to describe a drink. Zuberfizz Creamy Root Beer markets itself as a classic draft soda, and so far what I’m expecting is a frothy root beer float packed into a bottle. You know, that sweet, vanilla-laced drink that’s cold and satiates you on a hot day? Oh man, irresistible! Alright, Zuberfizz, let’s see if you can satisfy me.

Zuberfizz looks impressive. It makes heavy use of dark, earthy colors, specifically reds, greens, yellows, and browns. The logo is prominent, the printing is nice, and the label itself offers a clean, high quality feel. Like, Dang! That’s Good, Zuberfizz conveys those traditional root beer feelings. However, there’s definitely something about the packaging that makes Zuberfizz seem of a higher quality or class.

I’m not liking what I’m seeing. Natural and Artificial Flavors? We need to have a talk with organizations who think it’s okay to hide what’s in our foodstuffs. Anyway, I’m not entirely sure what triple-filtering carbonated water does, but I’m hoping it makes Zuberfizz clean and refreshing!

Both the aroma, first taste, and after taste are very light and airy. It’s almost as if the root beer element is simply hinted at, rather than being the focus. That’s a little strange to consider, but that’s not the only thing that seems to have been avoided. Zuberfizz is a little lax on carbonation for a pop. For those who appreciate low carbonation with their drinks, that may actually be a plus. However, in combination with its flavor, to me, Zuberfizz just tastes watered down. That’s disappointing. It’s not creamy, and it’s definitely not sweet. What flavor there is, while reminiscent of a traditional root beer, is rather bitter and is quite woody.

Surprisingly, forty minutes later, Zuberfizz retained its carbonation and actually improved on flavor. For such a low carbonated drink, I definitely did not expect this. While the wateriness persisted, the flavor itself evolved. This may indicate that this brew requires settling, and is actually better after it has had time to breathe. I’m not entirely sure what to make of that, but I’ll take it. It’s not a sticky brew, and that’s good too.  Zuberfizz is far more drinkable after time.

Zuberfizz is only a solid choice when it’s paired with something that’s far too sweet, given time to breathe, or possibly mixed first. This is problematic, because it markets itself as a fizzy, creamy root beer, and at first, it’s not very traditional, lacks creaminess, and it’s just not fizzy. It does evolve, but hyping me up for that traditional root beer float was probably a mistake. It benefits greatly from time, and unlike other root beers, lasts. While not a terrible product, and certainly drinkable, it’s slow start makes it not my bottle of root beer. Maybe next time!