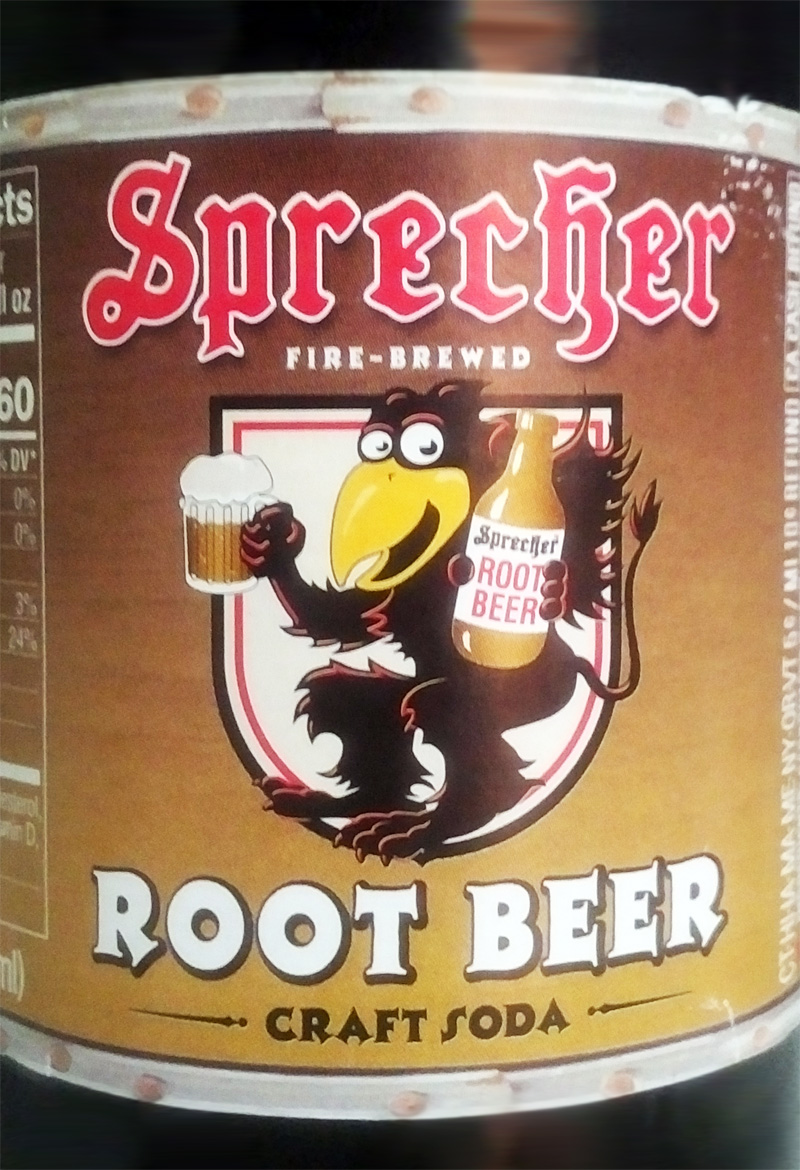 Please wear a mask and follow common best practices in regard to this pandemic. 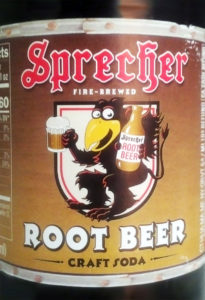 From what I can tell in the root beer universe, Sprecher is beloved on the same level of Virgil’s. I’m not actually sure if Sprecher is as good as Virgil’s, yet, but I know that if there is the same level of adoration, then I’m in for a real treat. I’ve actually never seen Sprecher around here before, so I’m pretty lucky today. When I saw the bottle on the shelf of a local grocery, I didn’t even check out the price. I just bought it on the spot.

Brewed in the fires of mount doom?

This truly old fashioned soda has the rich, creamy flavor that only comes from using pure Wisconsin honey direct from the combs. Our extracts are prepared at the brewery in a handmade, gas-fired brew kettle by combing honey, pure vanilla and a host of aromatic botanicals. The dark honeyed brew will build a delicious frothy head when properly poured into a frosted mug.

I see what they mean by fire-brewed. Anyway, we’ve got a traditional dark colored bottle here, and it also has raised lettering in the glass (like IBC.) Also, this thing is big at 16oz; not your typical 12oz. The label is paper like, and the cap is branded. The font and the little demon bird logo really makes this thing look like an alcoholic beer. Thankfully despite the “enjoy in moderation” text, there doesn’t appear to be any real beer here.

Sprecher is a traditional alcoholic and non-alcoholic brewing organization. According to their website, Randy Sprecher, after his work at Pabst, followed his passion in creating Milwaukee’s first microbrewery in 1985. Since then, they have created numerous traditional alcoholic beers, multiple hard sodas, ciders, and regular sodas.

If Sprecher is going to tell us there’s honey and vanilla in this brew, why not tell us everything that’s in here? There are syrups, natural and artificial flavors, caramel color, and so many preservatives. I also see that quillaia is in use here, and we’ve discussed that before. There’s just a lot in here and it’s definitely intimidating.

After popping off the branded bottle cap, the first sense that I get is a whiff of a very bitter brew. It’s a very strong smell that almost burns the nostrils. Tasting it is a bit different though. It’s not really very flavorful, and definitely not sweet. The carbonation is a little weak, but it’s not completely vacant. There aren’t any particular flavors that I sense here in overwhelming quality. There is definitely some mint present, and the apparent creaminess could be derived from the vanilla. I don’t taste any honey whatsoever, and I’m not sure if there’s a distinct quality from being fire-brewed. I just can’t be sure of the flavors here; they seem muddled by the lack of focus. It’s a very strange brew that seems to define itself as a traditional flavor palette, but without any of those flavors.

Over time, the flavors do become a bit more prominent. Nevertheless, it’s not a good flavor overall. I can sense something in the aftertaste which is a bit fruity and is actually kind of interesting. However, the overall bitterness hasn’t really improved. The carbonation is still relatively decent, but that’s just not enough. The flavor is weak, bitter, and the drink coats my entire mouth. It’s super sticky. I’m not sure if that’s the glucose syrup, or the honey, but the texture is really disappointing for such a highly regarded brew.

I don’t like Sprecher fire-brewed root beer. The carbonation is exactly how I like it, but the taste and after taste, texture, and flavor is poor. The ingredient list is confusing. There are so many other more available, probably more affordable brews, that it makes it really hard to justify buying this one even if it offers an extra 4oz in every bottle. If you’re someone who enjoys things to a bit more bitter, and you’re okay with that syrupy texture, then this is a direct upgrade of brands like IBC. If you’re like me though, you’ll stick to something else.