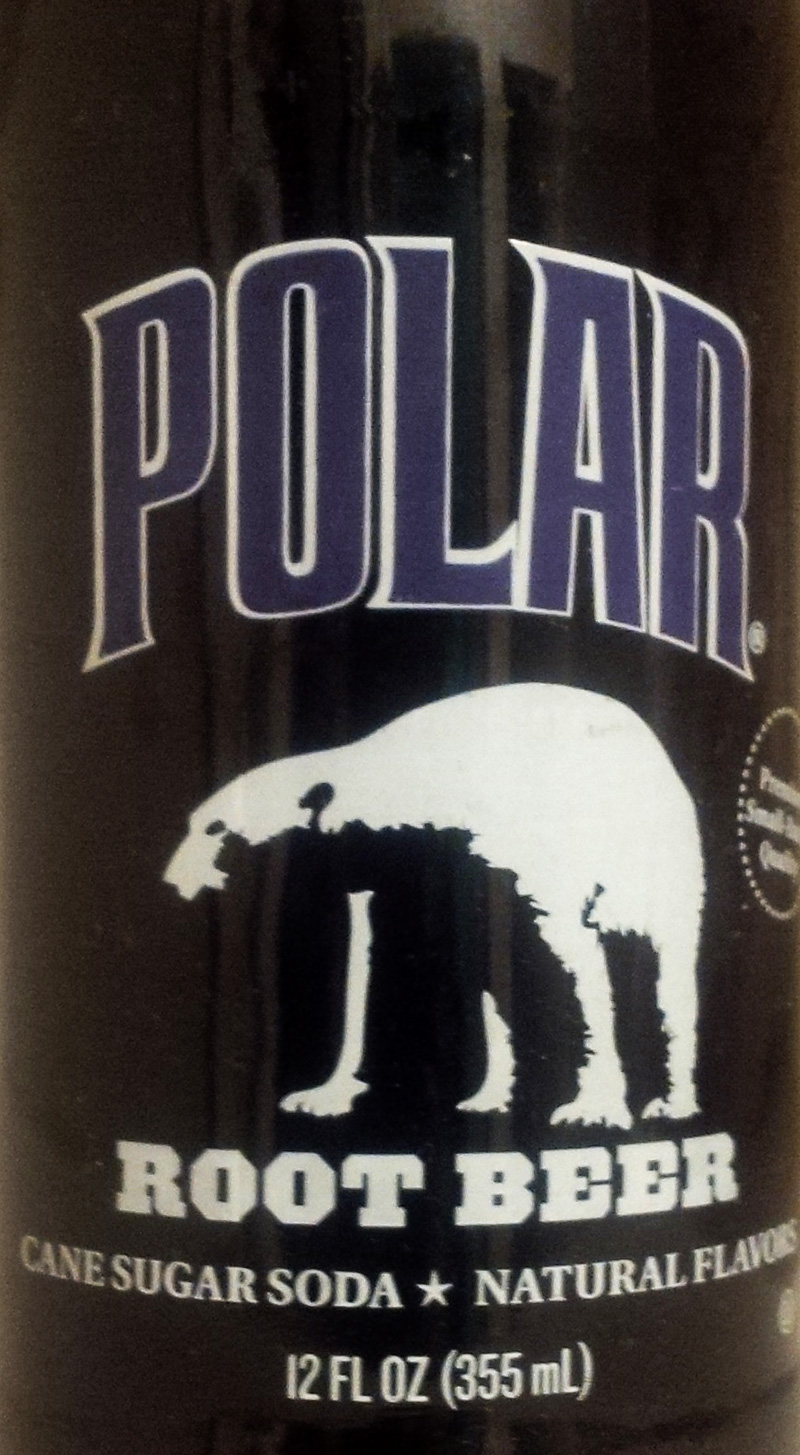 The brew that I’m about to try, Polar, dates its establishment to 1882. I’m excited to see if despite all the marvels of modern technology, something claiming to be so old can wrestle with the rest of these younger generation root beers. I’ve heard of Polar before, but I’ve never had the opportunity to give it a try. That changes, today. I have a strange feeling that it’s going to be a classic drink—something that I can really sink my taste buds into.

With a tall neck, clear bottle, and an attractive, dark luscious liquid, Polar oozes a plain, yet traditional look. Using the root beer as a shadow is quite clever, and allows the remainder of the branding to pop out. One word that I would use to describe Polar is classic. Unlike other brands, Polar doesn’t add a little story to its label. If you’re not going to explain your brand to me, the product beartter be good enough on its own.

Polar Beverages dates its history to the 19th century, and self-describes itself as the country’s largest independent soft-drink bottler. In its early history, Polar delved into the world of true alcoholic beverages, but because of Prohibition, and after its nullification, focused instead on the non-alcoholic. The story goes that the polar bear icon was designed to advertise the products themselves as cold and refreshing, during a time when ice was a luxury rather than a commodity. Chill before serving, eh?

Once again, old nemesis? One of the two, Natural Flavors, makes a return, and I’m not pleased to see it. In fact, some strange things are going on here, and that makes me a little uneasy. Why is it that so many brands require so much in the way of stabilizers and preservatives, when brands such as Virgil’s are able to keep things neat without the fluff? In any case, I had to look up quillaia extract, and found that it’s a bark extraction that is used, according to Wikipedia, as a foaming agent. Alrighty then.

Let’s get down to business (to defeat, the Huns.) I’ve been a little apprehensive to try some of these root beers, I admit, because there’s always a chance that I’ll get hit with a very bitter, or very strange taste. The show must go on, and this time, however, I’m pleasantly surprised to find that Polar is as classic as can be.

This brew is very smooth and nicely carbonated. I wouldn’t say it’s creamy, but I would emphasize that it goes down easy. It’s light and airy, which is what I’ve come to expect with a good, traditional root beer. It’s not overly salty, nor is it overly sweet or bitter. The flavor is actually quite mild, but definitely on point. Polar appears to have a pretty decent balance of flavor going on. I will state that between bitter and sweet, this brew errs on the side of sweet. So far I’m impressed by the straight, down the road taste that Polar delivers. Traditional is a good way to describe this brew, and I like that. It may not be as flavorful as that first taste of Virgil’s, but it’s definitely satisfying me.

Forty minutes later, Polar maintains the majority of its carbonation, as well as its flavor. The only difference might be a slight reduction in sweetness. After getting familiar with the brew itself, it’s become clear that there is very little after taste, and what after taste exists is pleasant. Unlike other brands, and despite its use of cane sugar, there is a stickiness that coats your mouth. Thankfully, swishing water easily takes care of this. It appears that Polar is a root beer that will let you enjoy it over time, and there’s very little need to consume it quickly. Relax.

I would describe Polar as an entry-level, perfectly traditional root beer. If you’re looking to get started in the world of root beer, or you want something comfortable, and not overly flavorful, Polar is exactly what I would recommend. Overall, nearly ever factor of its drink is well rounded. There are only two areas where I am less than excited: the mild flavor, and restrictive ingredient list. If it had a bit of a stronger flavor, with slightly less sugar or associated stickiness, I’d be very pleased. And, if I haven’t mentioned it before, I don’t like being kept in the dark about what I’m consuming. Nevertheless, this one is recommended.